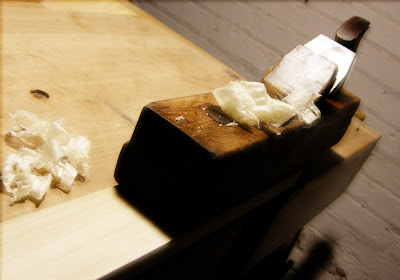 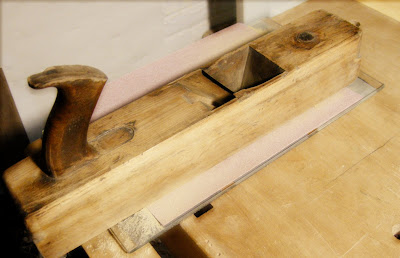 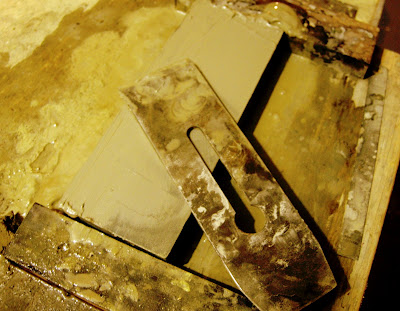 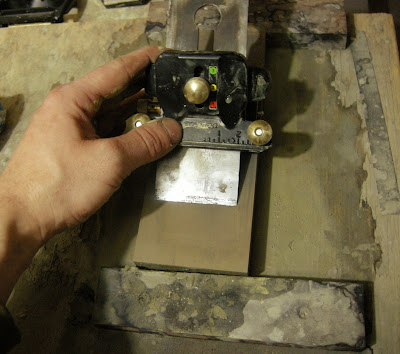 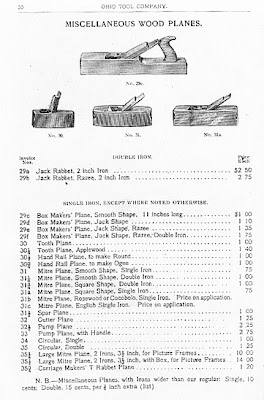 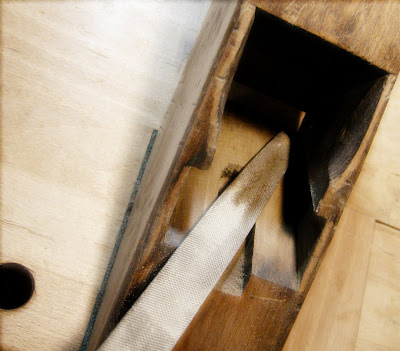 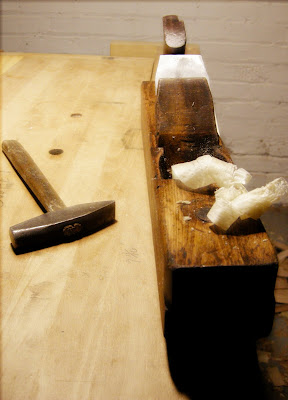 The overall dimensions of the plane are 16" long x 2 7/8" wide. The iron is 2 1/4" wide and slightly better than 3/16" in thickness. I mentioned the nice old Jointer and wooden bodied plough plane; they'll no doubt get this same treatment sometime in the future when my back stops aching and my thumbs return to their normal shapes! Stay tuned...
Email ThisBlogThis!Share to TwitterShare to FacebookShare to Pinterest