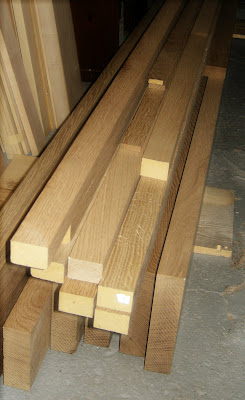 This past Saturday turned out to be a good one for me; first off I finally made it out to A & M Wood to pick up my order of Quarter Sawn White Oak. Terry Johnston did a fantastic job finding some of the nicest Oak I've seen in awhile. I now have a shop full of planks in the neighborhood of 1 3/4" thick by 8" wide by 8' long. Some serious weight there indeed. On my way out to Cambridge, where A & M is located I made a quick pit stop in the Ontario Carpenters Training Center. That's where I hooked up with Dan Barrett of DL Barrett and Sons toolworks.
I had contacted Dan earlier about an old plough plane I had and was in need of some irons and a wedge. I had never met Dan before but he's one of those guys that when you do meet him it's like you've known him for years. He said he had some old irons for me and also a wedge I could have. I dropped by with my plough plane for him to see and he ended up fitting the wedge for me and sharpening up an iron to take it for a test drive! Way beyond the call of duty he really helped me out by taking the time out of his schedule. 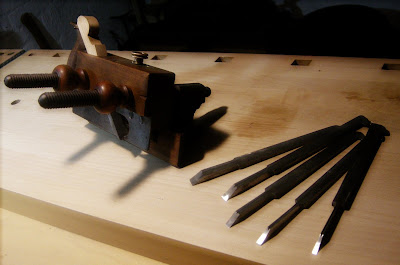 Now if you don't know about Dans work he makes amazing wooden bodied planes here in Southern Ontario. Chris Schwarz wrote a review on one of their ploughs at his Lost Art Press blog. I'm putting one of these at the top of my wish list. 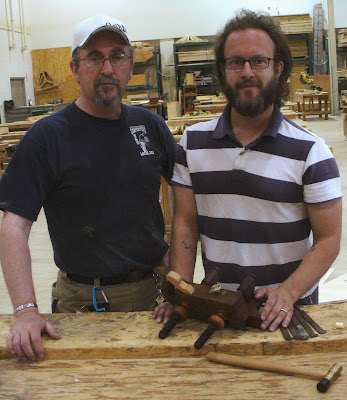 As a side note, while I was there visiting Dan he had some of his tools on his workbench. I quickly noticed two backsaws and asked him where they came from. He said they were custom builds from Ed Paik of Medallion Toolworks. One was a small dovetail saw and the other a larger backsaw fitted with an ebony handle. Dan being the kind of guy he is quickly said "Here Tom, take 'em for a test drive." I did indeed and can say I was blown away. They looked and performed great although I did only make a handful of cuts with them. Again the wish list grows longer and my wallet is getting nervous! It's nice to know that here in Southern Ontario, we have some of the finest craftsmen making truly incredible hand tools. 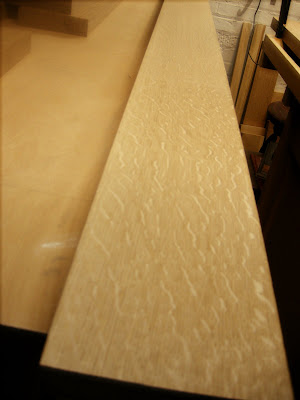 Cheers!
Email ThisBlogThis!Share to TwitterShare to FacebookShare to Pinterest